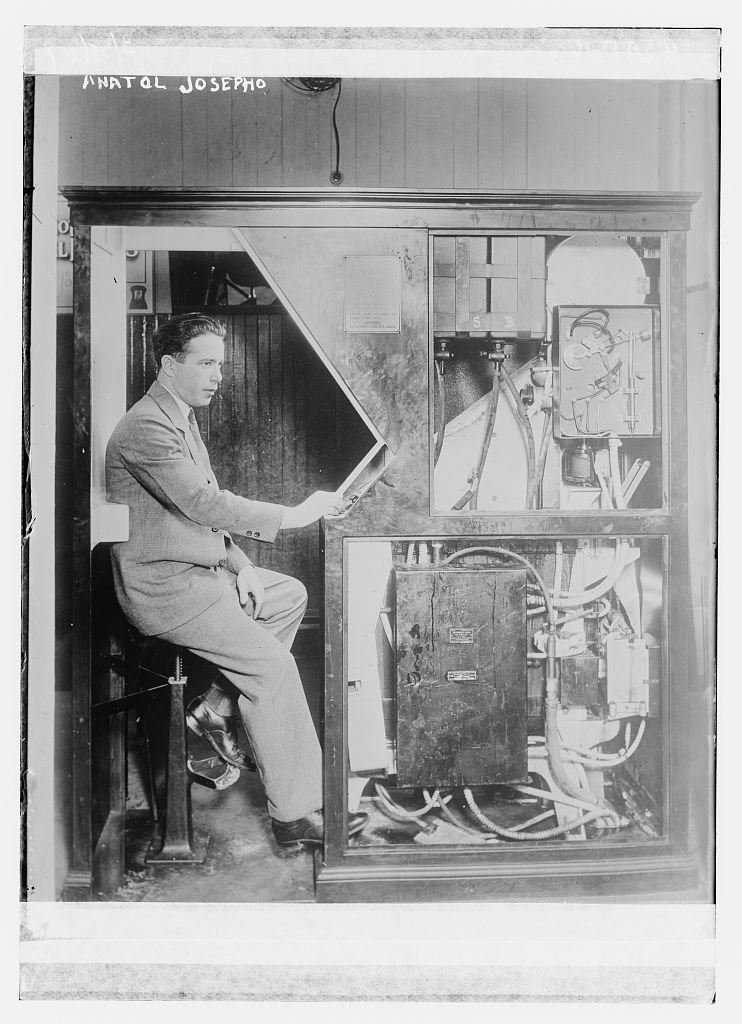 Atlas Obscura, one of the best web sites to burn up a couple hours before you even realize it, has a fascinating article on the inventor, invention, rise, and fall of the analog photo booth. Originally called a Photomaton, the first one cost $11,000 to build – in 1925! It was so successful though that the inventor made a cool $1 million in less that two years.

These film and chemical bath contrationss still exist in a few places – mostly touristy areas particularly around New York City. While nowhere nearly as common as they were even a couple decades ago, like the pay phone and newsstand, they still exist in a few corners of the world.